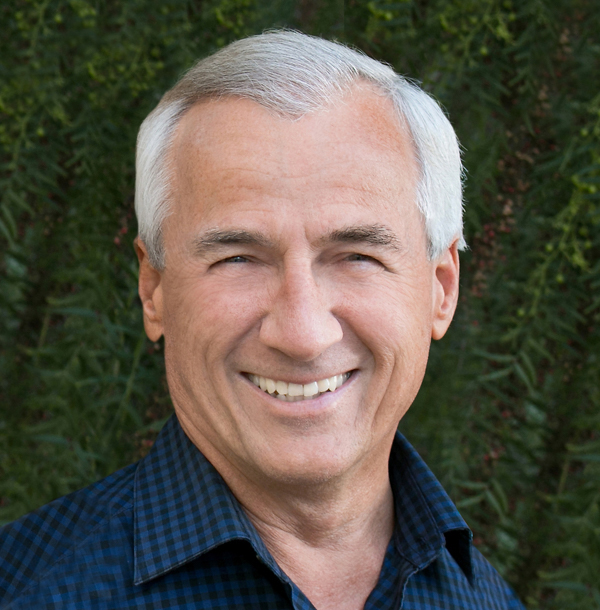 You might know Bill Richard who is serving as a 2017 NSDCAR board member representing the Central Coast area. It’s his first year on the board. For the past 15 years, Bill has emceed and been involved in the NSDCAR marketing session where properties are pitched. He also has served on NSDCAR’s Professional Standards Committee.

But did you know that Bill was once a senior pastor for 13 years of a Calvary Chapel church that began at Torrey Pines High School in Del Mar and ended in Encinitas? “I was called by God to quit my sales job and serve the flock,” said Bill. “The church grew from 30 people to about 300.”

Bill had a successful 13-year career selling parts as the top West Coast representative for several companies, including Hilti International and Lawson Products. He was earning a six-figure income. “I’ve sold anything that’s needed to build something,” said Bill. “One time I drove to Los Angeles to pick-up a small box of nuts and bolts that cost $95 that I personally hand-delivered to the military customer. The guy was testing me to see if I would backup my promise. A week later, they ordered $100,000 in parts, one of the biggest orders in the company’s history. It took two semi trucks to deliver the parts.”

Prior to selling construction tools and parts, Bill attended St. Joseph’s University. After graduating, he planned to become a doctor. “Unfortunately, I am colorblind, which could be an issue as a surgeon,” said Bill. “But if someone is hiding in the brush wearing camouflage clothing, then colorblind people can easily see them.”

The native of Cherry Hill, N.J. grew up in Camden, N.J. Bill met wife Janice when she was age 15 and he 17. “It was at a high school dance with students from rival high schools,” said Bill. “I saw her across the gym floor. We met in the middle and danced and the rest is history. We dated for five years before we were married in 1974” (they recently celebrated their wedding anniversary in December). Two years later, in 1976, Bill and Janice moved to California.

Then, in 1988, Bill was active in Bible studies at a small, growing church. “I had won every sales award available from my company and was mentoring scores of young sales reps, but there were no higher positions available within the company,” said Bill. “That’s when I received a higher calling. A pastor friend encouraged me. It was a great experience and I will always be a pastor just not a senior pastor.”

But, in 2000, Bill gathered the church board of directors and decided to disband the church. “Our church was located between two other giant Calvary Chapel congregations and we felt that our people would have access to more resources and greater ministry opportunities at the larger churches. It was a tough personal decision, but we had four kids ready to enter college and I was earning about $5,500 a month. I had to make a difficult decision, either provide for my family so they could go to college or continue in the ministry and possibly place them in jeopardy. I asked God and He reminded me that my first ministry was to my wife and family. With that direction, I decided that the best thing to do, and has been, to follow what He says.”

Bill decided to try real estate sales. His mom, Trudy Richard, sold real estate throughout the North County from 1983 to 2005. Bill is one of eight children raised by Trudy, who is now age 91 and retired. Bill’s brother Bob also works in real estate in the Carlsbad area.

In 2000, his first year in real estate, Bill hosted 92 open houses, which translated into 51 transactions. He has worked with several real estate companies as both an agent and trainer before becoming a broker and founding Richard Realty Group and Realty Groups San Diego, based in Carlsbad. Today, about 60 agents work for Bill’s companies. “If a man works, he eats, it’s that simple,” said Bill. “I’ve always recalled that Bible verse (2nd Thessalonians 3:10) after a deal fell through or rejected. If I just did one more cold call, then I might make a sale. It always seemed that the moment I felt like giving up, that’s when I was rewarded. If I’m doing what I’m supposed to do, then God always provides.”

Bill also believes strongly in staying involved in NSDCAR. “One of the greatest things we have in the North County is our Association. NSDCAR has enabled me to really understand the basics of our profession,” Bill said. “If you really want to understand real estate, then you need to serve. It is through serving that we are served. The invitation is there in the Bible: come, follow and serve.”